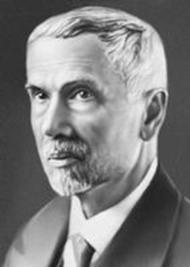 S.N. WINOGRADSKY SCIENTIFIC LECTURES
Lectures in honor of the prominent Russian microbiologist Sergei N. Winogradsky were established on October 27, 2009 by the Decree No. 186 of the Bureau of the Department of Biological Sciences of the Russian Academy of Sciences.

The 10th S.N. Winogradsky Lecture (2022)
to the 150th anniversary of the birth of academician B.L. Isachenko
– N.V. Pimenov, Doctor of Biology. “Microbiological studies of the Arctic seas at the Winogradsky Institute of Microbiology of Federal Research Center of Biotechnology RAS: from the works of B.L. Isachenko to the present day”
– D.G. Zavarzina, PhD. “In the footsteps of the great-grandfather: a biography of Boris Lavrentievich Isachenko”
– O.S. Samylina, PhD. “Kulunda Expedition of the Academy of Sciences of the USSR 1931-1933 and its microbiological heritage”

S.N. WINOGRADSKY AWARD
S.N. Winogradsky award is a science prize of the Russian Academy of Sciences. It is awarded by the Department of Physicochemical Biology of the Russian Academy of Sciences for outstanding scientific achievements in the field of general microbiology. The award is named in honor of the eminent Russian biologist- Academician Sergei N. Winogradsky, the founder of ecology of microorganisms and soil microbiology.