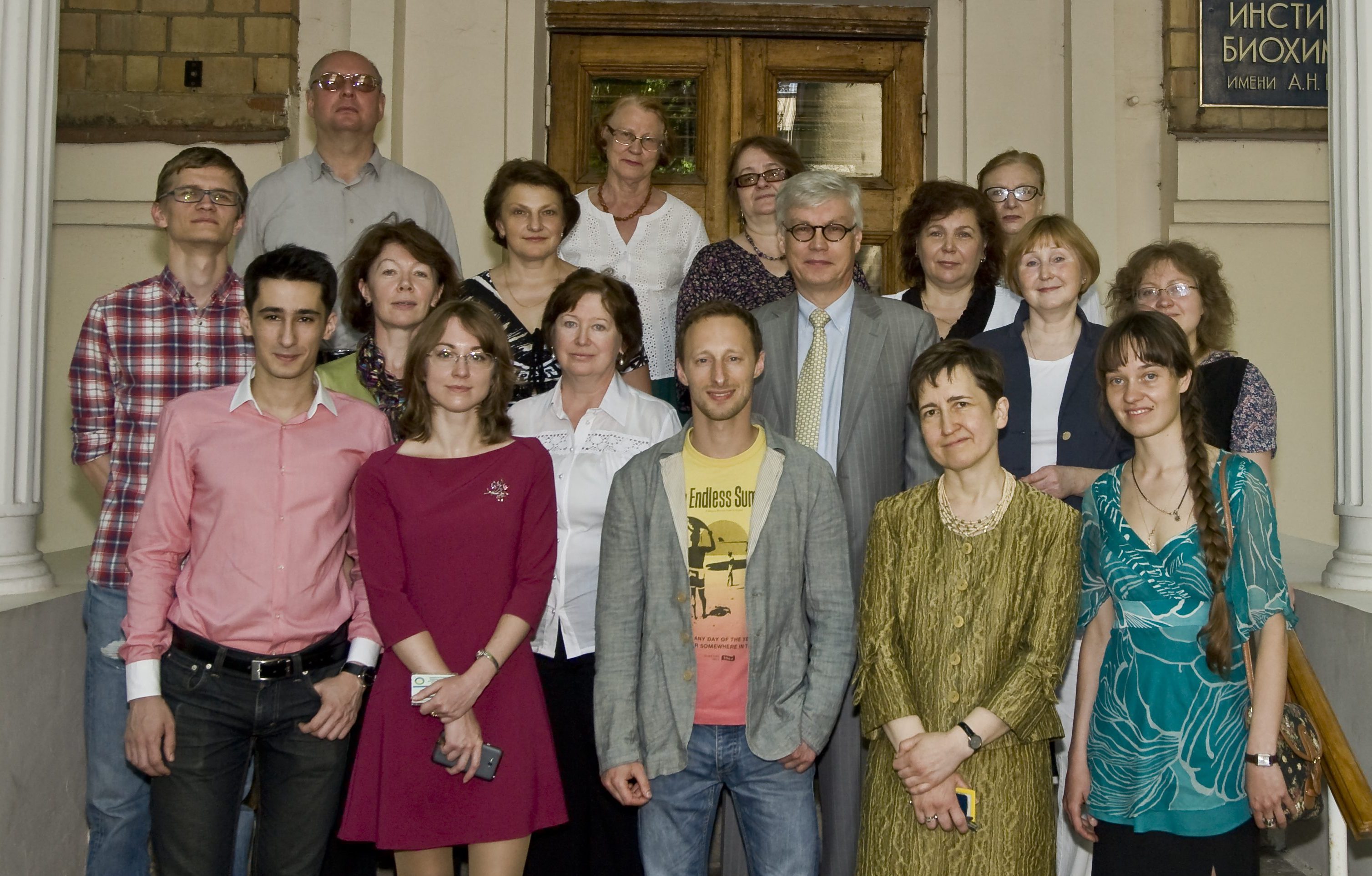 Structural and functional studies of enzymes

Our laboratory performs structural and functional studies of macromolecules (proteins and their complexes), covering a diverse range from genome-wide screening of the genes encoding target proteins to determination of three-dimensional protein structures. Our research includes cloning and expression; isolation, purification, and complete biochemical and kinetic characterization; sample preparation (e.g., crystallization for X-ray crystallography or vitrification for cryo-electron microscopy), determination and comprehensive analysis of three-dimensional structures. We also employ molecular modeling and dynamics simulation analysis if required.

Apart from X-ray crystallography, we use other advanced structural methods, including small-angle X-ray scattering (SAXS), cryo-electron microscopy (Cryo-EM) and NMR in partnership with a wide range of research centers.

Our long lasting close cooperation with the “Protein Factory” Department of the Research Center “Kurchatov Institute,” providing us with access to the unique research infrastructure, including a robotic system for high-throughput protein crystallization, a synchrotron radiation source, and a Titan Krios cryo-electron microscope, which is one of the most powerful and flexible high-resolution electron microscopes for characterization of protein structures and protein complexes. We have a long-term partnership with high-brilliance synchrotron radiation sources all over the world, including DESY (Germany), ESRF (France), Spring8 (Japan), Argonne (USA), etc. Within the framework of a Russian–Japanese joint project, we perform crystallization experiments under microgravity at the International Space Station in order to grow high-quality protein crystals.

Since 2010, we have deposited more than 90 structures of different proteins and their complexes with the Protein Data Bank (www.rcsb.org), which is the single worldwide repository for the three-dimensional structures of large molecules and nucleic acids. A number of structures were determined at ultrahigh (atomic) resolution, such as uridine phosphorylase from Shewanella oneidensis (0.95 Å) and human DJ-1 protein (1.05 Å). The structure of octaheme nitrite reductase from Thioalkalivibrio nitratireducens was determined both by X-ray crystallography (1.3 Å) and cryo-EM (2.56 Å), displaying their complementarity. The cryo-EM structure of wild-type human butyrylcholinesterase (BChE) was established for the first time at 7.6 Å resolution, revealing its unique quaternary organization.

Structural and functional studies of multiheme cytochromes
Two octaheme nitrite reductases (ONRs) from haloalkaliphilic sulfur-oxidizing bacteria of the genus Thioalkalivibrio were isolated and characterized. The structures of the free forms of ONRs and their complexes with substrates and inhibitors were established by X-ray crystallography at up to 1.3 Å resolution. The role of the hexameric oligomeric structure of ONRs in the catalysis and stabilization of the protein structure was characterized. Additionally, the cryo-EM structure of one of the ONRs was determined at resolution 2.56 Å. These enzymes were shown to have unique properties, suggesting that they can be classified into a separate family of octaheme nitrite reductases. Our research focuses on the mechanisms of adaptation of enzymes of the ONR family to extreme environments and elucidation of the role of ONR in the metabolism of haloalkaliphilic bacteria of the genus Thioalkalivibrio. Within this line of research, the genome of Tv. nitratireducens was annotated and transcript analysis for different growth conditions of the bacterium was performed.

The enzymes involved in sulfur and nitrogen metabolism of bacteria of the genus Thioalkalivibrio are investigated. In particular, an enzyme called thiocyanate dehydrogenase (TcDH) was isolated from the bacterium Tv. paradoxus and comprehensively analyzed. The enzyme catalyzes oxidation of thiocyanate under conditions of bacterial growth on thiocyanate as the sole source of energy. The X-ray three-dimensional structure of TcDH revealed a novel protein fold.

Studies of enzymes from extremophilic organisms. Analysis of the molecular basis of adaptation of enzymes to extreme temperature, acidity, and salinity
Our studies deal with structural genomics and proteomics of archaea and extremophilic bacteria. The proteome of extremophilic organisms contains enzymes with unique catalytic properties, such as exceptional resistance to aggressive media and operational stability at extreme temperatures, high salinity, under strongly acidic conditions, and in the presence of high concentration of organic solvents. We characterized alcohol dehydrogenase from the archaeon Thermococcus sibiricus, which retains activity for 1 h at 95 °C, is stable in 8M urea, 50% DMSO, DMFA, acetonitrile, and methanol. Structural and functional studies of such enzymes provide deeper insight into enzyme catalysis, protein functions, mechanisms of adaptation to extreme environments and structural factors responsible for stability of proteins. This information is useful for the design of enzymes with high biotechnological potential.

In 2018, we have characterized transaminase from the cold-tolerant bacterium Psychrobacter cryohalolentis. This enzyme was found to be active at 0-10 °C. Also, branched-chain amino acid transaminase from the thermophilic bacterium Thermobaculum terrenum was structurally and functionally characterized. This enzyme was found to be exceptionally stable in aqueous-organic mixtures with a solvent content of up to 50%. The enzyme was demonstrated to be activated at reaction temperatures of 50-60 °C in the presence of 15-20% of dimethyl sulfoxide or methanol in the reaction mixture.

In collaboration with the department of Molecular Biology of Microorganisms, we performed structural and functional characterization of thermostable DNA ligases, alcohol and aldehyde dehydrogenases, peptidases, nicotinamidases, and stereoselective transferases, including class III, IV, and VI transaminases, transketolases, and prenyltransferases. Enzymes were retrieved from genomes of thermophilic archaea from the collection of hyperthermophilic organisms of the Department of Extremophiles Biology. A number of these proteins were biochemically assayed, and more than 20 different three-dimensional structures were determined.

Structural studies of proteins and their complexes
Our laboratory is involved in a number of joint research projects with leading scientific teams in Russia and abroad. These projects include but are not limited to:

Besides scientific significance, within these projects there are benefits from using modern mega-science infrastructure, as well as exploiting cutting-edge technologies and methods.